Beyond Sport is pleased to announce Nestlé South Africa as an Official Supporter of the Beyond Sport Summit 2014, held at multiple venues across Johannesburg from 28th to 30thOctober. 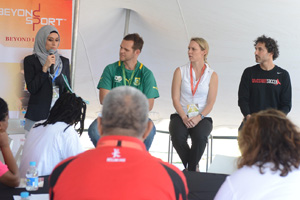 As an Official Supporter of the annual event, Nestlé will drive ‘Beyond Health’ – a day’s worth of content at the Nike Training Centre in Soweto on 29th October. Beyond Health will focus on the ‘Nestlé Healthy Kids Programme’, forming part of the Beyond Sport Summit programme, exploring global health, and the risks of physical inactivity and the role of sport in addressing them.

Commenting on the partnership, Ian Donald, Chairman and Managing Director of Nestlé South Africa said: ‘We are delighted to be aligning ourselves with a brand whose values truly mirror our own in so many respects.’

‘The Beyond Sport Summit is an exciting opportunity for Nestlé to showcase the Healthy Kids Programme to an audience of extremely relevant, high-level opinion leaders, and demonstrate the power it will have when combined with sport to enforce positive social change throughout South Africa.’ 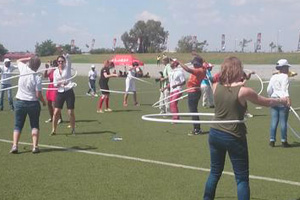 Nestlé will play an integral role in the three-day festival of insight and innovation which will bring together some of the industry’s leaders to discuss the ways in which sport can be used to promote positive social change.

Speakers at the Summit, to be held between 28th and 30thOctober, will include David Grevemberg, CEO of the 2014 Glasgow Commonwealth Games and recently appointed CEO of the Commonwealth Games Federation, and former Bafana Bafana captain Lucas Radebe, a Beyond Sport ambassador, and popular local MC and CEO of Skududu Media, Dan Nicholl, will host the event.


The event will showcase leading sport-for-social-change programmes making a positive impact across the city, and provide an opportunity for sharing of best practice from around the world, with representatives of various international organisations taking part, including UNICEF, Tottenham Hotspur, Boston Red Sox and many more. The event is supported by global partners Barclays, UNICEF and TIME.